Redmi Note 2 Prime which is available on all e-commerce stores at reasonable price.

Redmi Note 2 Prime is the successor of popular smartphone Redmi Note and it’s popularity is popping up amid the millions of eyeballs. You can buy this smartphone in various colours including white, Gray, Blue, Pink and yellow and the cost of this mobile is 799 Yuan ($125) at China Mobile online and offline stores and at 8999 INR in India.

There is only one difference in the internal storage of these two phones Redmi Note 2 Prime have higher internal storage than Redmi Note 2 as well as slightly higher clock speed (2.0GHz compared to 2.2GHz). This device has the 13-megapixel main camera and a 5-megapixel front camera and it supports the 4G LTE connectivity. This is a dual simmer handset which measures 152 x 76 x 8.3mm while it weighs 160 grams.

Xiaomi announced that this device is sold out incredibly at lower prices after its first launch in the beginning of August, 2015 and now it is available on various online stores or one can buy it from almost anywhere in the world via third-party retailers at a bit higher prices ($160 for the 16GB variant, and $210 for the 32GB one). Despite its low price, the Redmi Note 2 is a high-featured device made with upgraded technology on android operating system.

The Xiaomi Redmi Note 2 Prime is an advanced version of its predecessor Redmi Note 2 and comes with an execution that is more influential and  incredible features. The key highlight of the phone is its strong design, configuration and camera that delivers quality performance and snaps HD quality crystal clear images.  The only drawback of the phone is the non-expandable memory option, but apart from this, it is one of the best phones in this budget.

You can buy this phone for:

Beware of non-expandable memory and within a smart budget, this smartphone will be a smart choice. 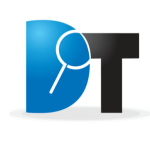